Picture It and Write from ermiliablog@wordpress
Write fiction or a poem to accompany the image or anything you wish to write about.

The picture prompt for this week is below: 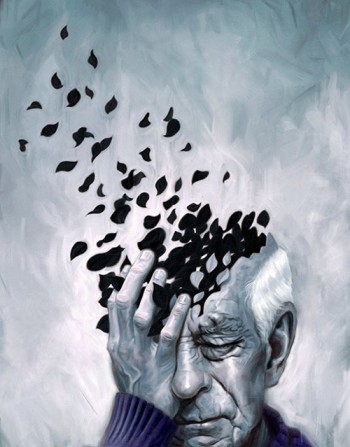 by Robert Carter
reprinted rom Picture It and Write

The Seam
by Megrim Crunch *

Friggin’ migraine’s back again.
When the hell is it going to stop?

The right side of my head’s like a seam, unraveling. Skull shards floating away in slow motion.

There is no screaming pain. Only blinding anguish.
I plunge the heel of my palm into the throbbing corner of my eye hoping to make it stop.
Stop.
Stop.

I’m going to splinter into a million pieces; like a broken window. Then I’ll be gone.

That’ll give me one hell of a migraine.

Ha. That’ll give me one hell of a migraine. Not funny.
Maybe I’ll have a million tiny migraines. Ouch, that thought hurts.
Maybe my migraine will be gone, permanently.
I mean without a head, how can I have one, right?

Paneful space? Now that was a pun.
Ha. That cracks me up.
Ha. Another funny.
Cracks me up. Get it?

* The Seam by Megrim Crunch was written
before his cousin Edvard Munch painted The Scream
which was based on Megrim’s original story reprinted here.

14 thoughts on “The Seam by Megrim Crunch: Picture It and Write”